On the afternoon of this Wednesday, a two-day conference called 55 years of the Geneva Agreement: Diplomacy for Peace began, organized by the Simón Bolívar Institute for Peace and Solidarity among Peoples (ISB), in which national and international experts contextualize and claim the historical and current importance of this international instrument signed on February 17, 1966 to resolve the territorial controversy over Guayana Esequiba.

From the Military Circle of Caracas, Carlos Ron, president of the ISB and moderator of the activity, stressed that the Geneva Agreement establishes the friendly negotiation between two sister republics, overcoming the inglorious fraud done to Venezuela with the Paris Arbitration Award of 1899, in addition to exemplifying how diplomacy should serve to achieve a path, a route, to resolve the territorial controversy in a friendly way and between two nations exercising their sovereignty, without the interference of third parties.

In his introduction to the conference, the Venezuelan historian Pedro Calzadilla, president of the “Simón Bolívar” Study Center, pointed out that the activity seeks to value, create awareness and unravel all that the Geneva Agreement means for the future fate of both brother peoples.

The historian defined the Geneva Convention as an instrument of dialogue, peace, negotiation and agreement very similar to the principles that govern the Bolivarian Diplomacy of Peace that Venezuela raises.

Jorge Cardona Llorens, professor of Public International Law at the University of Valencia (Spain) and part of the team of legal advisers of the Bolivarian Republic of Venezuela for the guarantee of sovereign rights over Guayana Esequiba, offered a keynote presentation entitled The Geneva Agreement: Context and purpose, in which he interpreted the legal instrument based on the Vienna Convention on the Law of Treaties of 1969.

During his speech, he delved into the origin of the controversy and affirmed that during the colonial period, Guayana Esequiba was part of the Captaincy General of Venezuela and continued to do so after its independence in 1811, even when the current Cooperative Republic of Guayana was ceded by the Netherlands to the United Kingdom in 1814, but as it was a great colonial power, imposed itself on the young Republic of Venezuela to seize part of its territory, “through the robbery committed in the Award of 1899.”

He clarified that the purpose of the Geneva Agreement is not to determine the validity or not of the Paris Arbitration Award, but rather to resolve the territorial dispute between Venezuela and the United Kingdom of Great Britain over the border between the first country and British Guiana, through a practical and mutually acceptable solution for both parties.

For his part, Jorge Luis Fuguett, general coordinator of the NGO My Map of Venezuela includes our Essequibo, addressed in his presentation Nullity of the action of the International Court of Justice (ICJ) based on the Geneva Agreement, the irregularities in which this international court incurs when accepting its jurisdiction to deal with this case, responding to a coerced and unilateral demand of Guyana, without exhausting the mechanisms of peaceful resolution established in the Geneva Agreement, without the consent of Venezuela and with evident urgency and international pressure. 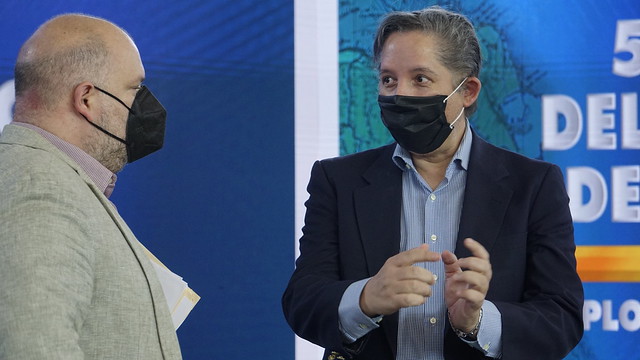