A total of 250 Venezuelans returned this Sunday to the Bolivarian Republic of Venezuela on the second flight of the Plan Vuelta a la Patria from the Republic of Chile, the third day of mass repatriation this year 2020. The nationals were received at the Simón Bolívar International Airport of Maiquetía by a delegation from the People’s Power Ministry for Foreign Relations, on behalf of all the Venezuelan State institutions involved in the process. As in previous flights, the most vulnerable cases were prioritized for this, including those of health and families with children and adolescents. For some nationals, unfulfilled expectations in the southern nation constitute the main cause for which they decided to voluntarily accept the Plan Vuelta a la Patria; others argued for scarce economic opportunities. “One leaves his country with expectations but the reality is diferent, my recommendation is not to emigrate, really there is nothing like Venezuela”, said Yulimar Mulfo, a Venezuelan administrator who in her two years in Chile did not achieve a stable employment opportunity. Her testimony coincides with that of Johan Chavez, another young Venezuelan who returned to the country through the Plan Vuelta a la Patria. “I left with the illusion of having a better quality of life but as I left I returned to my country”, he said; and thanked the national government for facilitating his return to Venezuela because he “did not have the necessary resources” for the return. Since its launch in 2018, almost 17,000 Venezuelans have returned to the country through the Plan Vuelta a la Patria in more than 90 flights of the state airline Conviasa from different countries of the Latin American and Caribbean region, mainly from Peru and Ecuador. 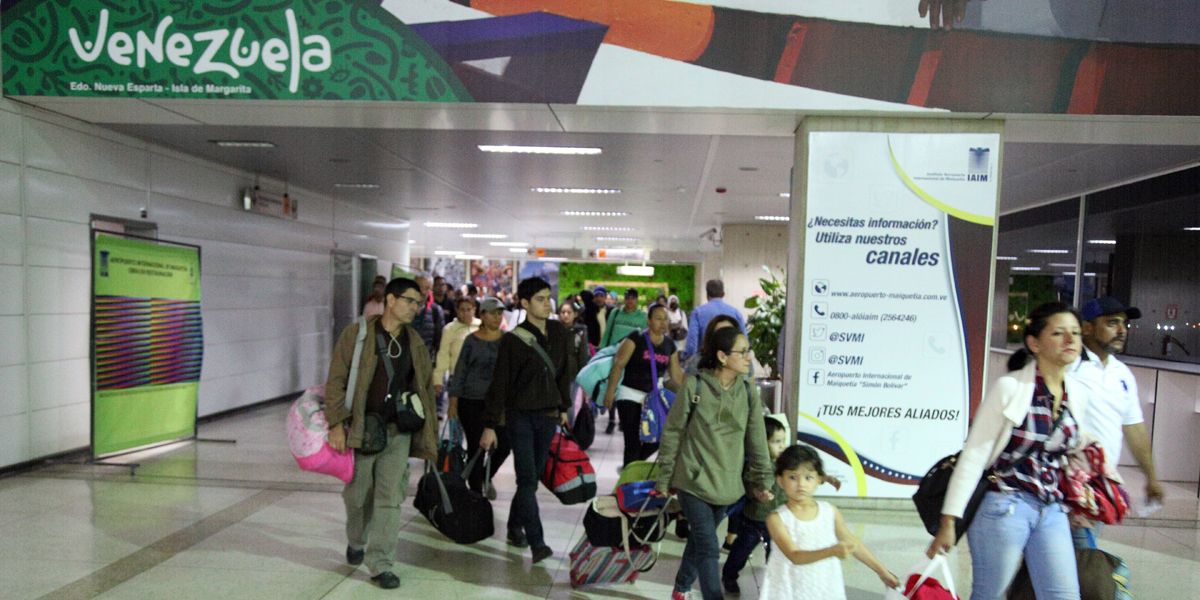