In Baku, Azerbaijan, this Thursday the People’s Power Minister for Foreign Relations, Jorge Arreaza, met with the Minister of Foreign Relations of the Republic of India, Subrahmanyam Jaishankar, to strengthen South-South cooperation and boost the bilateral relationship. The meeting was framed in the XVIII Preparatory Meeting of Ministers of Foreign Affairs for the Summit of Heads of State and Government of the Non-Aligned Movement (NAM), held since October 21. The high authorities discussed the commercial and economic agreements between the two nations. Last February, the government of India issued a joint declaration along with China and Russia where they consider that the imposition of unilateral coercive measures violates these principles and has a detrimental impact on the economic development of the countries. 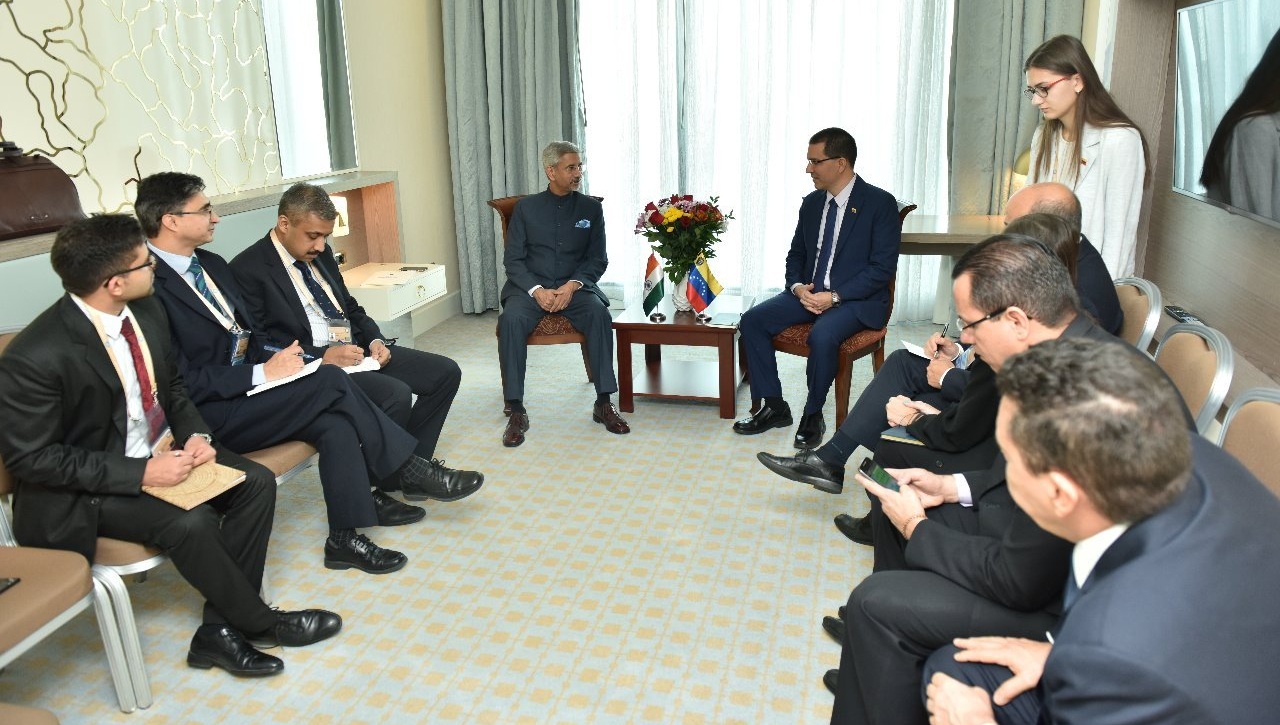