In the framework of the VI Cultural Festival with the Peoples of Africa that took place from October 9 to 12 in Caracas, the Organization Sounds of Africa and the Grupo Madera signed an Agreement of Action for Cultural Exchange at the Casa Amarilla Antonio José de Sucre. The agreement aims to establish a joint work schedule that links Venezuelan groups with African countries, through research, creation and dissemination of their Afro-Latin American and Afro-Caribbean roots, while contemplating the promotion for socioproductive entrepreneurship in the cultural field. On behalf of the Venezuelan government, the Vice-minister for Africa of the People’s Power for Foreign Relations, Yuri Pimentel, was present, who took the opportunity to reiterate his gratitude to all the African groups that participated in the VI Festival, and in particular to Senegal, a country that he has visited twice. Among the projects proposed in the agreement is the creation of a Senegal House in Venezuela and vice versa for the twinning of both peoples. On behalf of the Organization Sounds of Africa, was present the Senegalese percussionist and composer, Babacar Dieng, who thanked the Venezuelan people and government for the Festival. “We are brothers … Venezuela is a great country where everything in your heart gets overwhelmed”. The member of the Grupo Madera, Noel Márquez, also expressed “this agreement is not just an agreement with the Grupo Madera, it is for all Venezuelan farmers and cultists who want to connect with Africa for the construction of a collective cultural platform. We have been in family”. 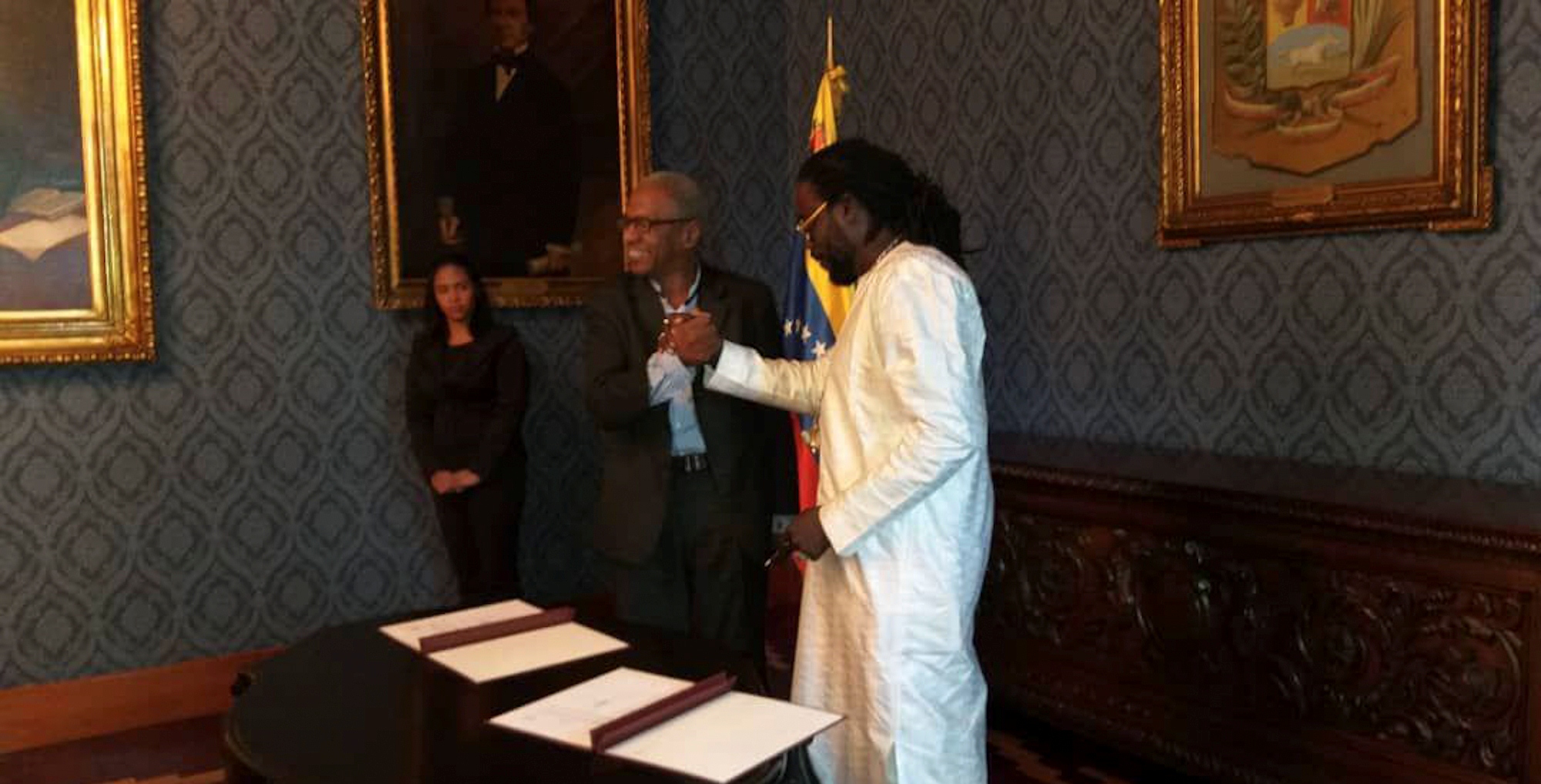